A core component of CSTS’s mission is education and training in order to ensure our nation’s military and public health leaders are better prepared to confront the psychological aftermath of disasters. Our scientists educate and train USU medical students who will become our military’s future medical leaders and also provides education to interagency and private sectors leaders and other personnel. The Center also educates and expands knowledge through public health efforts and interventions during and after disasters.

For more than two decades, the Center has created customized, easy-to-read, just-in-time educational fact sheets to help Center stakeholders effectively manage the adverse effects of traumatic stress through enhanced preparation and response to disaster events.  In 2017, the Center provided educational resources to interagency partners, including DoD and other federal partners as well as state and local agencies, professional associations, and others.

The Center also responded to many disaster events, including the mass shooting incident at Fort Lauderdale-Hollywood International Airport, the concert bombing in Manchester, U.K., the Las Vegas concert shootings, earthquakes in Mexico, and hurricanes in Texas, Florida, and Puerto Rico.

To address the significant impact of disaster exposure, such as the recent devastation from Hurricanes Maria and Irma in Puerto Rico and the U.S. Virgin Islands, CSTS continues to examine the risk and protective factors for post-traumatic disorders, distress, and health risk behaviors in civilian and military populations following traumatic events.

Center Scientists are examining the psychological and behavioral responses to the multiple hurricanes that occurred during the 2004 and 2005 hurricane seasons among Florida Department of Health workers, who were both first responders as well as personally affected by the storms. This included injury to self and family, and damage to homes, which in some cases required relocation. Our current focus is on the influence of individual collective efficacy following the four hurricanes and one tropical storm in 2004 on residents’ self-reports of daily mental health 21 months later, as measured by the CDC Health-Related Quality of Life Healthy Days assessment.

Findings indicated that decreased collective efficacy was associated with increased risk of PTSD and frequent mental distress (reported as 14 or more mentally unhealthy days within the last 30 days). This research suggests the importance of community factors to disaster recovery in residents, and provides actionable recommendations for community leaders and clinicians to address longer-term mental health issues in individuals and communities following natural disaster exposure. 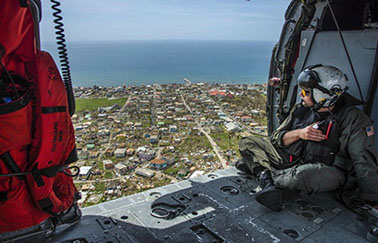 Due to the increase in terrorist attacks worldwide, the Center remains focused on the psychological and behavioral effects of terrorist events.

We collected data from Washington, DC area residents at the time of the 2002 DC area sniper attacks. Our research in this area adds to the limited empirical findings, and makes a unique contribution to the literature on terrorist events. Currently we are examining the relationship of perceived safety and TV viewing during the attacks to post-traumatic stress and depressive symptoms.

In our study of 1,238 Washington, DC area residents, we found that high amounts of event-related television viewing (at least 2 hours per day) and decreased perceived safety were related to post-traumatic stress and depressive symptoms. Specifically, higher levels of TV viewing were associated with post-traumatic stress symptoms in individuals who reported both low and high levels of perceived safety, whereas high TV viewing was related to depressive symptoms particularly in those who reported low safety.

We continue to explore the inter-relationships of these characteristics and others in order to better prepare for terrorist events and inform interventions with individuals and communities.

In an ongoing collaboration with the University of California, Los Angeles (UCLA) and the National Institute of Justice, the Center is serving as part of a multi-site study to better understand risk and protective factors associated with response efforts following community mass violence.

For the study, CSTS is collaborating with leadership from the Washington Navy Yard because of the 2013 workplace mass shooting incident. This collaboration furthers an existing partnership between the Center and the Naval Sea Systems Command (NAVSEA) to provide ongoing assessment and interventions in support of NAVSEA personnel who have experienced social and occupational difficulties after the Washington Navy Yard mass shooting event. The Center and UCLA began the next phase of community engagement to further understand the impact of the 2013 event.