Allergic and autoimmune diseases are major causes of morbidity in the U.S. military population. Allergic asthma, for example, accounts for over 10% of all hospitalizations in U.S. military facilities and is a leading cause of medical discharge from service. 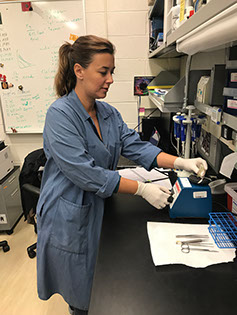 of personnel afflicted during the Vietnam War

of hospitalizations in U.S. military facilities are from allergic asthma

Our laboratory studies the immunology, molecular biology, and pathogenesis of helminth infections and allergic diseases in order to develop new approaches to prevent and treat  parasitic, allergic, and autoimmune diseases. The helminths we focus on are filariae, tissue-invasive vector-borne roundworms that cause debilitating diseases in millions of people throughout the tropics. Pathogenic human filariae include Wuchereria bancrofti and Brugia malayi, which cause lymphatic filariasis (elephantiasis); Onchocerca volvulus, the cause of river blindness; and Loa loa, which causes African eyeworm. By studying the immune response to filarial worms, our lab hopes to develop novel methods to prevent and treat these infections. We also study the basic biology of filarial nematodes to improve our ability to work with these parasites and to identify novel vaccine and drug targets. 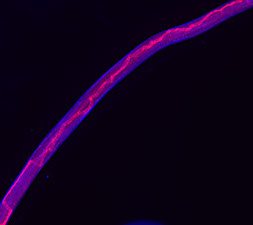 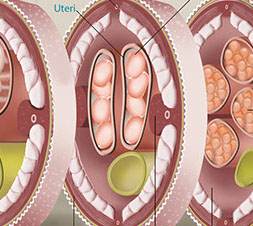 The Mitre laboratory has established the Brugia malayi/ferret model of lymphatic filariasis. This is one of the only small mammal models of filariasis in which the parasites reside within the lymphatic vessels. In their recent publication, the Mitre lab developed an in vivo technique of PET/CT lymphoscintigraphy in ferrets that allows for visualization of changes in lymphatic anatomy and function over the time course of infection. This model can now be used to investigate pathogenesis of lymphatic dysfunction in lymphatic filariasis and to study the efficacy of medications aimed at killing adult filarial worms and at reversing lymphatic dysfunction after clearance of adult worms.