Gonorrhea is the second in incidence among the reportable diseases in the United States and 78 million new infections are estimated annually world-wide. Sexually transmitted infections (STIs) occur at high incidence in the U.S. military and have a significant cost with respect to diagnosis, treatment, and time lost from duty. Gonorrhea is a significant source of morbidity and mortality in women due to the frequency of ascending infection and associated complications. Gonorrhea also impacts neonatal health and is a cofactor in the spread of the human immunodeficiency virus (HIV). Neisseria gonorrhoeae (Ng) is well equipped to establish infection and persist in the genital tract and other mucosal sites, and understanding the evolution of this pathogen continues to be a fascinating area of study. The rapid spread of antibiotic resistant Ng also seriously threatens current control measures and understanding the genetic basis of spread of resistance and the development of new treatments and a gonorrhea vaccine are seriously needed. Gonococcal and chlamydial coinfections are also very common, yet little is known how coinfection with these two pathogens differs from infection with either pathogen alone. 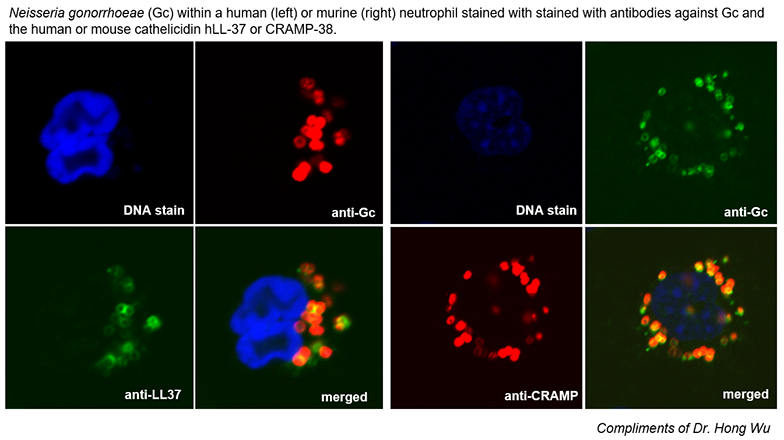 The primary research interests of the Jerse laboratory are i.) Animal modeling of Gc genital tract infections for pathogenesis studies, vaccine development and in vivo assessment of anti-infectives, and ii.) Understanding the mechanisms utilized by Gc to evade host innate defenses in the female genital tract. We also work on antibiotic resistance in the areas of surveillance for antibiotic resistant GC at US military treatment facilities and several overseas sites and how resistance may spread through acquisition of resistance mutations (mtr, gyrA) that increase Gc growth or survival in the absence of antibiotics or of compensatory mutations that overcome fitness costs conferred by other resistance mutations (i.e. mosaic penA alleles). A third focus in the lab is the development of gonorrhea vaccines against surface factors known to play a role in infection and the preclinical testing of vaginal microbicides and antibiotics against gonorrhea. We also developed of a female mouse model of Gc and chlamydial coinfection for pathogenesis studies and to facilitate the development of dual therapies against these two common sexually transmitted pathogens. 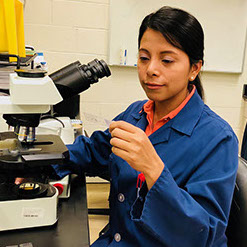 "An estimated 78 million cases of gonorrhea occur globally and gonorrhea is also prevalent in the U.S. Research on new therapeutics and gonorrhea vaccines is critical to address the rapid emergence of antibiotic resistant strains,  which challenge treatment and control of this disease."

The estradiol-treated mouse model is the first well-established small laboratory animal model of Gc genital tract infection. This review discusses the characteristics of experimental murine infection and information obtained from this model regarding hormonal regulation of Gc infection kinetics, host innate and adaptive responses to Gc infection, Gc adaptation to innate effectors and physiological factors of the female genital tract, the impact of antibiotic resistance mutations on Gc fitness during infection, and the development of a Gc-Chlamydia coinfection model.

This study shows that acquisition of a mosaic penA allele that confers resistance to the extended-spectrum cephalosporins is accompanied by a fitness cost in vitro and in vivo. However, compensatory mutations that reverse this fitness defect are selected during murine infection and are likely responsible for maintaining reservoirs of resistant bacteria.

This work shows that the presence of phosphoethanolamine (PEA) on lipid A of wild-type Gc increases signaling through Toll-like receptors, leading to greater secretion of proinflammatory cytokines. We also show that this lipid A modification also protects Gc from host- derived antimicrobial peptides. This mechanism, therefore, contributes to the intense inflammatory response seen during symptomatic infection while helping the pathogen escape inflammatory defenses.